Located on 27 hectares of land, VinWonders Phu Quoc won the record for the largest theme park in Viet Nam. 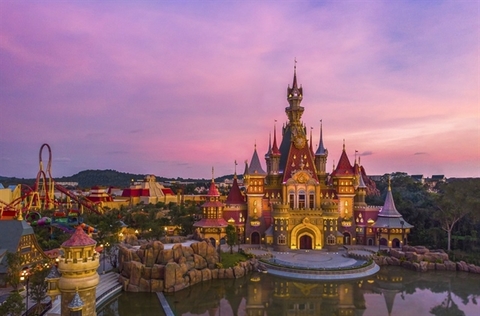 (An overview of VinWonders Phu Quoc)

The park’s opening is expected to bring an explosion of exciting entertainment experiences in Asia.

The Magic World is the most special subdivision converging the quintessence of the ancient fairy world in harmony with the "national characteristics" thanks to the fairy characters realised from Vietnamese creativity.

The images of Alice, Princess of Persia, Aladdin, Snow White, and Thach Sanh has a new look when they are realised at Viet Nam’s largest theme park. Selected and developed from hundreds of creative ideas, the fairy-tale characters in the Vietnamese version have brought a unique identity to VinWonders Phu Quoc, showing the Vietnamese impression of world culture.

The European Boulevard attracts visitors with the lavish and quaint scenery of medieval European architecture. This will be the real scene of the Asia’s most magnificent and majestic "The Once" art show under the hands of the top director of Quantum - the world's leading art organiser.

The secret village is a holy place for adventurous souls to explore the majestic Nordic architecture of Scandinavia with fascinating challenges in the unique "Viking" Warrior Village, challenging the thunder god to cross the forest, crossing the river with the impressive Zipline slide.

The Cyclone World area opens the door to a Hawaiian-style paradise of fun with more than 40 record-breaking and refreshing water games, including the most powerful spiral slide and the 175m long water slide – the first in Viet Nam.

Not to be missed is Adventure World, a dream destination for thrill seekers with the ultimate challenge of 'The Wrath of Zeus' - the world's fastest roller coaster with a maximum speed of up to 110km per hour.

Hai Vuong Palace, which will be launched in phase 2, is the proud symbol of VinWonders Phu Quoc. It is one of the five largest aquariums in the world with an area of ​​up to 15,000sq.m. Bearing the unique giant sea turtle shape, this is a miniature ocean with thousands of species of creatures such as magical jellyfish, colorful sea fish, penguins and ‘legions’ of sharks. Especially, visitors will experience ‘sleep in the ocean’ in the heart of the aquarium.

The opening of VinWonders Phu Quoc, one of Asia’s leading theme parks, not only contributes to the effective promotion of domestic tourism during the recovery period after the COVID-19 pandemic, but also confirms the leading position of VinWonders and Vinpearl system, bringing Viet Nam’s entertainment industry to an international level. — VNS 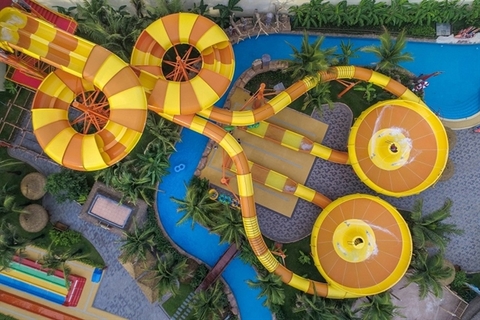